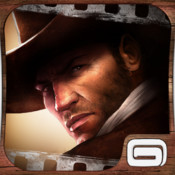 For the first time ever on iPhone and iPad, you can explore a truly enormous and open frontier in a Wild West full of mystery, bandits and more…unnatural enemies.
Play it for free: Make your enemies pay!

Buck Crosshaw never shot a man who didn’t deserve it, but now he’s an outlaw who had to fake his own death and escape to Arizona. But in escaping one evil, Buck is about to face another, for an ancient and wicked force stirs in the hills of this mysterious region.

A WILD FRONTIER
Freely explore an open world set in Arizona and Oregon full of events, mystery and challenges for you to discover as you become completely immersed in the story and the action. But don’t be fooled by this land’s beauty – outlaws, vampires & many other unnatural foes lurk in every shadow.

ACCEPT THE CHALLENGE
Take on 40 missions with a great variety of tasks for you to overcome. You’ll race horses, take out robbers, fend off waves of enemies and more along the way!

SADDLE UP
In this kill-or-be-killed land, you’ll need to unlock all 8 different horses, 19 weapons and a wide selection of clothes, ammo and other items to help you on your journey.

PLAY FOR FREE
It costs you nothing to download and play the game to the end!

Visit our homepage at www.gameloft.com.
Follow us on Twitter at http://twitter.com/gameloft or like us on Facebook at http://facebook.com/gameloft to get more info about all our upcoming titles.
Check out our videos and game trailers on www.youtube.com/gameloft.
Discover our blog at http://blog.gameloft.com/ for the inside scoop on everything Gameloft. 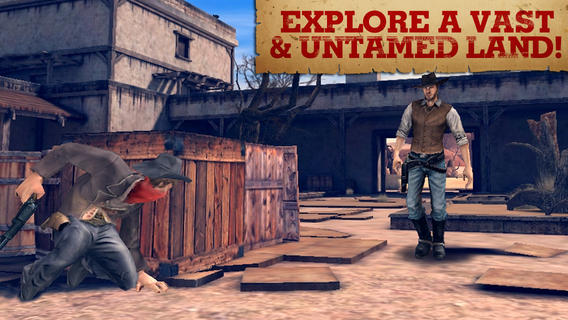 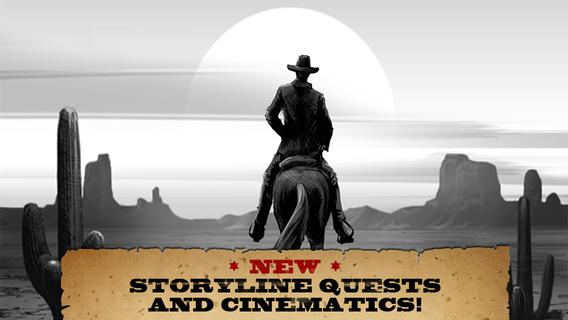 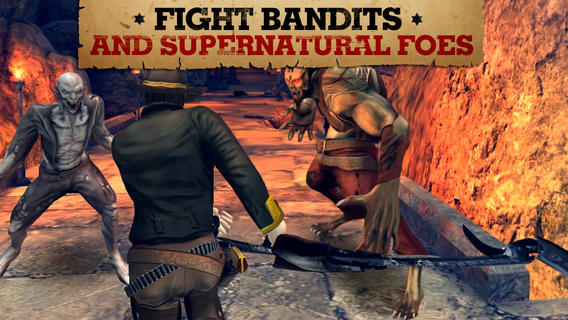 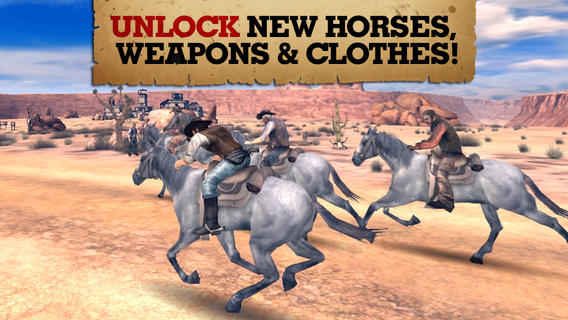 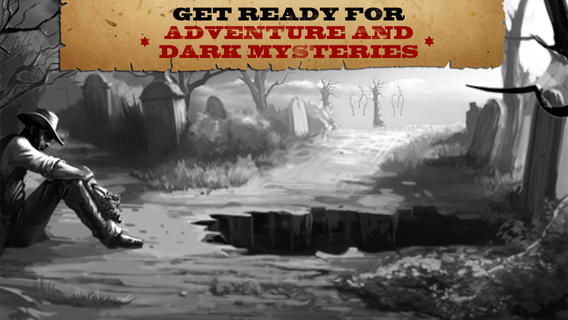 Will you ride off into the sunset, or do you have a date with the undertaker? Find out in the third and darkest act of the Six Guns saga! Whatever your fate, tons of new and exciting adventures are waiting for you in this new update.
What’s New:
– Act 3 of the Story: Experience this climactic chapter of Six-Guns
– New Multiplayer Map: The Canyon
– New Weapon: The Consecrator!
– New Clothing (Outfit): Dress “Full-Metal” with a new hat, jacket, pants and boots!
– Daily Quests: Earn bigger and bigger rewards for accomplishing tasks on consecutive days.
– Turkish language support
– Various bug fixes and system optimizations