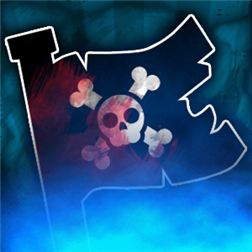 Update 1.2:
NEW! The SHARK MINIGAME has been replaced with a completely new shark minigame.
FIXED: The Shark minigame pause menu was hiding a button that would allow you to return to parking ships. The button is now back in place.
FIXED: The Maze minigame wasn’t playing music. Now it is.

Continue the epic adventure set forth in Pirate’s Plunder! Defeat the pirate zombie lord, the Howl of the Wolf, once and for all! Take command of your pirate fleet in classic path drawing, ship parking gameplay – now with 3D graphics! Battle Peg-Hook the Pirate Lord in fast paced ragdoll physics boss battles. Explore maze-like jungles in 3D top-down, dual-stick shooter action. Set sail for Tortuga and gamble in three different pirate themed games. Battle the Royal Navy, ravenous sharks, and the Kraken Monster itself in their own minigames. With over 70 unique missions, Pirate’s Plunder 2 has more epicness than a bottle of grog!

Kochadaiiyaan The Legend Reign of Arrows